The pioneer in medical textiles for more than 115 years

Karl Otto Braun founded his company in Wolfstein, Germany, in 1903, and it quickly became a success selling elastic bandages.

In the 1930s, KOB began collaborating with customers to work on product developments to meet their specific needs. KOB has been in fully integrated production since 1953, combining and optimising the entire process chain in-house.

The production of cohesive conforming bandages began in 1978 and has since set a standard in this field.

Today the comprehensive KOB range includes bandages and fabrics for phlebology & lymphology, sports medicine and orthopaedics, wound care and transdermal carriers, which are partially produced in Wolfstein and partially in the plant founded in 1998 in Coimbatore, India

With its subsidiary BRAWO SYSTEMS GmbH, KOB expanded its textile expertise into the industrial field of construction in 1997. As Europe's technology leader, the company produces and distributes worldwide the trenchless rehabilitation system with the seamless textile liner BRAWOLINER® for wastewater pipes in the field of building and property sewerage. Under the BRAWO® SYSTEMS brand, the system supplier offers products and services used in the rehabilitation of buried and in-building wastewater pipes in private and commercial properties as well as industrial plants.

KOB has belonged to the HARTMANN GROUP since 2000.

Since 2016, KOB has also set up its own team of experts to work on smart medical textiles. 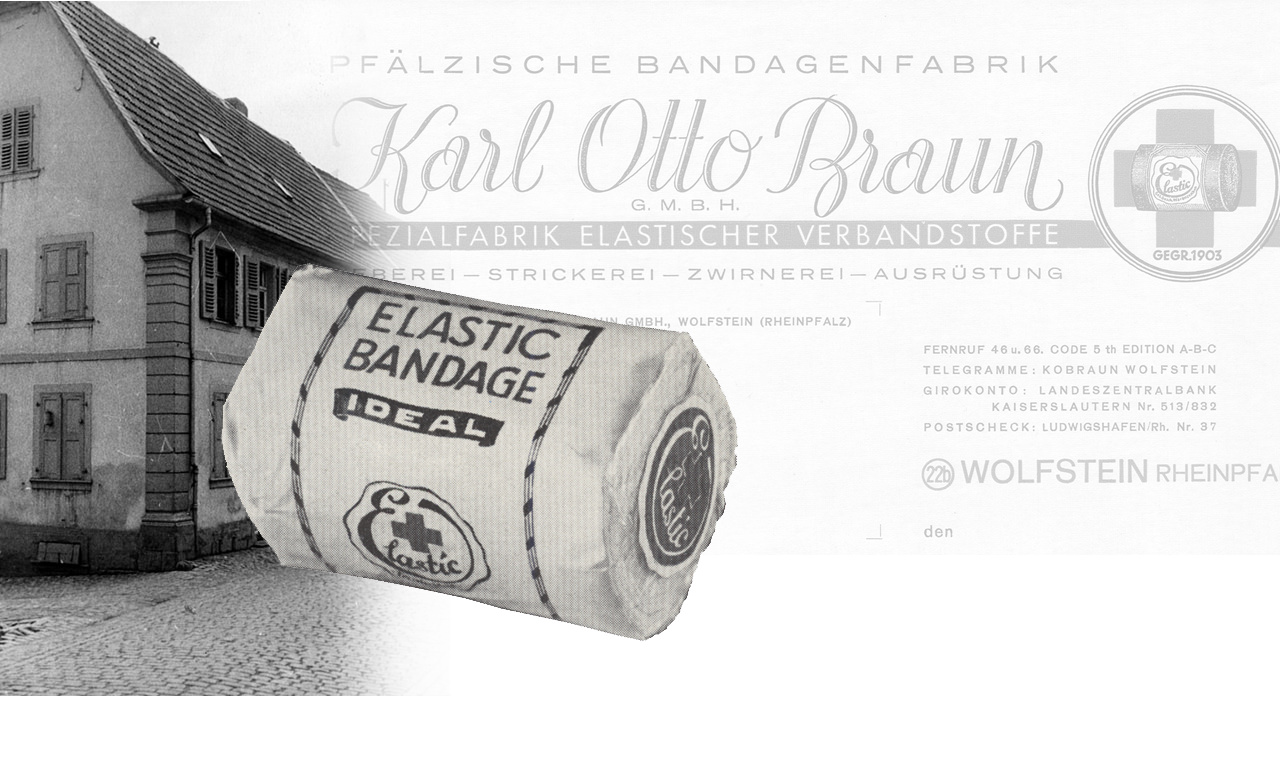 Development of the pipeline solution BRAWOLINER®

He founded the company in Wolfstein in the Palatine region of Germany and led it to success.

Early on KOB produces bandages and fabrics from fiber to finished product and delivers it in customer packaging.

1997 - Spin-off of the pipe solution BRAWOLINER®

In addition to the existing production and distribution sites in Germany and India, KOB opens sales offices in USA and Japan.